How to prioritize projects correctly with the ABC analysis

The definition: What is an ABC analysis?

An ABC analysis is a method that helps you to prioritise. It arranges a set of predefined objects into three classes with different meanings:
A, B and C.

Everything that falls into the A class is of great importance. B-objects are less important, and C-objects are negligible (at first). ABC analysis is always used when data needs to be classified and prioritised to identify the most important objects.

In business administration, ABC analysis is used in a wide variety of cases. A typical example would be the following question: Which products or customers contribute the most to total turnover - and which the least?

The inventor of ABC analysis is H. Ford Dickie, who was a manager at General Electric at the time. He first described the method in 1951 in his article "ABC Inventory Analysis Shoots for Dollars, not Pennies.

In doing so, he transferred the findings of the Pareto principle (also known as the "80/20 rule") and the Lorenz curve for the first time into the practical context of corporate management.

The Pareto principle states that 80% of results are achieved with 20% of the effort. For the remaining
20 % is therefore 80 % of the effort required.

The Pareto principle, discovered as early as 1906 by the Italian Vilfredo Pareto, is still used today in the context of project and time management to achieve fast results with relatively high quality (80%).

What is behind the Lorenz curve?

The Lorenz curve graphically visualizes an uneven distribution. It illustrates the extent of the inequality and shows the relative concentration within the distribution.

The Lorenz curve got its name from its inventor Max Otto Lorenz. The American statistician and economist developed the Lorenz curve in 1905 as part of an essay on income distribution.

The logic behind this visualization is still used in practice today, for example in ABC analysis.

The purpose: Why do you do an ABC analysis?

You know what it's like: In most companies and departments there is simply far too much to do. However, due to the high level of complexity, you often don't know what exactly you should prioritize.

The ABC analysis helps you to focus on the essentials. It provides you with a validated basis for deciding where to set your priorities (A area) and what is not important at first (C area). By identifying those areas that contribute less to your overall success, the ABC analysis can also help you to reduce unnecessary effort.

Originally, the ABC method was developed for materials management, but quickly found its way into many other areas of business management.

An ABC customer analysis looks at the customers of a company in relation to another parameter. In most cases this is turnover or the contribution margin. A-customers are then those who generate the most turnover, for example. C-customers are logically those who contribute the least to total turnover.

An ABC product analysis serves to identify the strongest products in terms of another parameter. This often involves looking at turnover, contribution margin, rotation speed or sales figures.
If you know your A-products, you know where further investments will probably pay off most.

In the area of procurement, an ABC analysis can help identify cost reduction potential for procured materials.
The basis for this is often the annual requirement value (number of units x average purchase price) for individual materials.

In inventory management, ABC analysis is often used to identify so-called A, B and C locations. Here too, this can be done on the basis of different criteria.

Access frequency is often used as an important parameter for efficient warehouse management. Alternatively, however, value and quantity can also be set in relation to each other.

The so-called XYZ analysis is also used for quantity control in purchasing. Here the consumption structure of the goods serves as a basis for the classification.

In its historically first application, the ABC analysis classifies parts or entire assemblies according to their value. Here, too, one is generally quite free in the choice of criteria that determine this value.

For example, manufacturing costs can be included just like the annual purchasing volume.

Use in time and project management

In time and project management the ABC analysis helps you to classify projects and tasks according to their priority.

In the context of project management, the ABC analysis is often based on soft factors, as estimated values are used as a basis. On the one hand this concerns the predicted time required for certain tasks, but on the other hand also the importance for the company's success that is attributed to individual tasks.

In the context of time management, AI-based project management software can not only make it easier to prioritize tasks, but also help you to manage continuous change more easily. 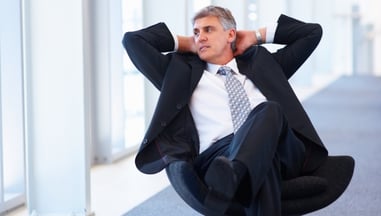 From now on, every project will be a successful project!

The instructions:
How does an ABC analysis work?

In the following we will explain step by step how to carry out an ABC analysis. Because even if you use a software later on: It helps to understand the logic behind it.

First of all, you determine the criteria you want to use for your prioritization. Of course, this depends on what exactly you want to prioritize by means of the ABC analysis. The following criteria are conceivable, for example:

These criteria are only intended to serve as examples. Of course you can also define your own criteria here. For an ABC analysis, however, they should be as quantifiable as possible.

Step 2: Calculate the respective share of the total volume.

In order to establish comparability between the different elements (projects, customers, products, components etc.), the next step is to calculate their percentage of the total volume.

Step 3: Sort the elements according to their proportion.

In the next step you sort the elements in a table according to their percentage of the total volume. The higher the percentage, the more important the element is - and the further ahead it should appear.

Step 4: Now it is time to cumulate.

Accumulate means accumulate. It means that you combine the percentages within your table into "piles". For example, to the highest percentage, you add the second highest and the third highest until you get a third of the total volume.

In order to make the results of your ABC analysis easier to grasp, you can visualie them graphically in the form of a Lorenz curve. The steeper curve in the A-range then makes the higher effect of the elements with the highest percentage share (e.g. on the total turnover) visible.

Which customers contribute most to the total turnover? Graphic representation of an ABC analysis in the form of a classic Lorenz curve.

Strengths & weaknesses of the ABC analysis

What you can do with it:

Weaknesses of the ABC analysis

Despite its simple structure and calculation, the ABC analysis is well suited to prioritize data and derive recommendations for action in the next step. To obtain reliable results, it is important to use quantifiable data as criteria.

Try it out now!

It's best if you try the ABC analysis yourself. Often you don't have to do it down to the last detail. Sometimes a rough calculation can also help you to get a quick overview of the priorities in a complex situation.

You can make decisions faster and more confidently. But keep in mind that often not only one criterion is decisive for success and the ABC analysis deliberately simplifies the complexity of reality.

By the way, the ABC analysis can also help you to quickly and clearly justify a management decision (e.g. regarding the allocation of budgets or resources) to your superior or your team.

We hope that we were able to clarify your most important questions about the ABC analysis. If you have any further questions, especially if it concerns software solutions in the area of project management, please feel free to contact us directly. We always look forward to professional exchange with you.

Get in touch with us, now!